Share
Written By
Clara Avrillier
About the author
Clara Avrillier was introduced to music from a young age, firstly singing in choirs, then playing percussion in several orchestras before going on to study piano and classical music in Scotland. Following a master’s degree in linguistics, she now brings together her musical and language skills to accompany you on your journey with Tomplay.
Date published
06/09/2021
Show/hide details

Christmas really is the most wonderful time of the year! Snow, gifts and time with loved ones, this holiday period is filled with joy and happiness. And what better way to celebrate it than singing along to your favourite Christmas carols and Christmas songs!

Tomplay has a wonderful selection of Christmas pieces and this article highlights some of the most beautiful Christmas carols and songs for you to sing along to! Each piece includes the lyrics and sing along audio track.

1. Sing along to O Holy Night with Tomplay

O Holy Night is a popular traditional Christmas carol from the 1800s. It all began in 1843 with a poem written by a French man named Placide Cappeau. In 1847, his local priest requested that he make it into a song so Cappeaucontacted composer Adolphe Adam to write the music. The piece premiered in 1847 and has remained a firm favourite ever since. The lyrics were translated into English in 1855 by John Sullivan Dwight.

At Tomplay, find the sheet music for the carol O Holy Night with lyrics and a high-quality sing along audio track of the orchestra and the choir. It is available in seven different keys, so you can find the right key for your voice.

2. Sing along to Silent Night with Tomplay

For many people, Christmas wouldn’t be the same without the song Silent Night. It was first performed on Christmas Eve 1818 in Austria. The lyrics were written by Joseph Mohr and the music by Franz Xaver Gruber. This beautiful song was an instant hit and spread throughout Europe, and to the United States. During World War I, it was sung by German and British soldiers during the Christmas Truce of 1914. The song has become such an important part of Christmas that in 2011, UNESCO gave it the status of Intangible Cultural Heritage!

Sing along to Silent Night at Tomplay.com - we provide the lyrics and a high-quality sing along audio track of the orchestra and choir. There are several keys to choose from, enabling you to pick the right key for your voice. 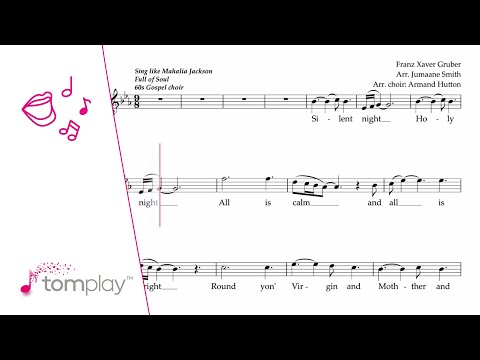 3. Sing along to All I Want for Christmas is You with Tomplay

Moving onto more modern Christmas songs, we can’t write this article without mentioning Mariah Carey’s All I Want for Christmas is You! This feel-good hit was released in 1994 and is one of few modern songs which have succeeded in becoming Christmas standards. Whether it’s the traditional bell chimes, the upbeat feel or the catchy melody, everyone loves this Christmas classic!

With Tomplay you can sing along to All I Want for Christmas is You accompanied by the high-quality audio track. We provide the lyrics, and the song is available in 12 different keys - so there’s something for everyone! 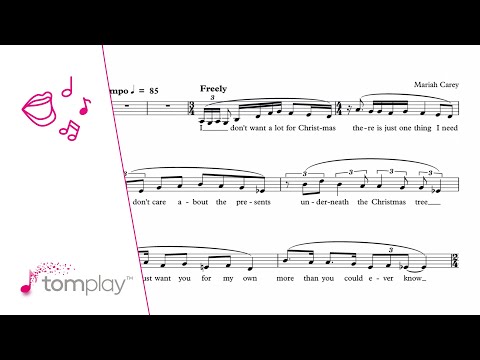 4. Sing along to Have Yourself A Merry Little Christmas with Tomplay

Next up we have Have Yourself A Merry Little Christmas, a carol that was originally performed by Judy Garland in the musical Meet Me In St. Louis (1944). Written by Hugh Martin and Ralph Blane, the carol was composed for a scene with Judy Garland, where she tries to cheer up her younger sister after discovering their family plans to leave St. Louis to move to New York City. After the first draft, Garland requested a revision of the carol as it was too sad! The second version is what we now know as Have Yourself A Merry Little Christmas, a wonderful carol that is both hopeful and melancholic. Since its release, the carol has been covered by many famous artists, including Frank Sinatra and Michael Bublé.

Choose the best key for your voice (there are 12 options), follow the lyrics and sing along to Have Yourself A Merry Little Christmas on Tomplay.com. The orchestral and choral accompaniment will make it a truly wonderful experience. 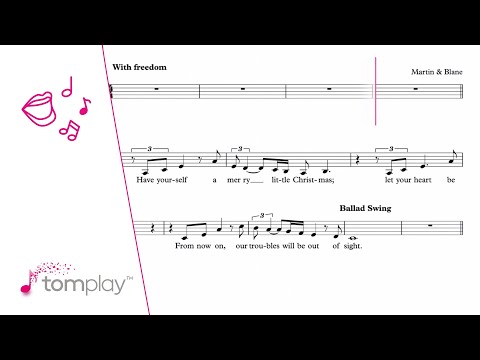 5. Sing along to Away in a Manger with Tomplay

The origins of the carol Away in a Manger were originally unclear, with many believing it was the work of a German priest, Martin Luther. However, historians quickly discredited this idea and today, we believe it originated from a 1885 book:  Little Children’s Book for Schools and Families. There are various versions of the melody, but the most well-known is by William Kirkpatrick from 1895. This carol is incredibly simple but stunning.

On Tomplay.com, you can sing along to Away in a Manger in one of 12 available keys, with the lyrics and orchestral accompaniment. 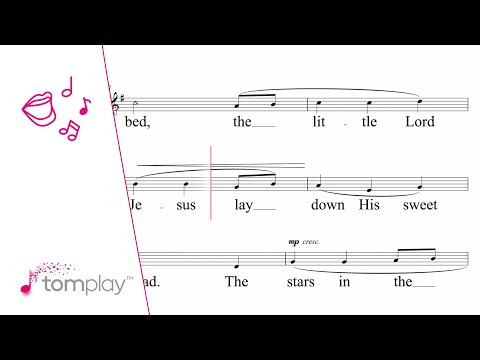 6. Sing along to Feliz Navidad with Tomplay

In 1970, Puerto Rican singer and songwriter José Feliciano was in his house in the United States, feeling homesick and missing Christmas in his own country. This inspired him to write his international success, Feliz Navidad. The original version of this song contains only nineteen words: six in Spanish and thirteen in English! Feliciano chose to write bilingual lyrics in order to unite people with its positive message...and it worked. This song is a staple during the Christmas holidays. In 2011, Canadian singer Michael Bublé released a version of this song with Mexican singer Thalía, using modified lyrics and a lovely, musical introduction.

Sing along to Feliz Navidad on Tomplay.com with the lyrics and high-quality backing track. It is available in 12 different keys so that everyone can find music that suits their voice. 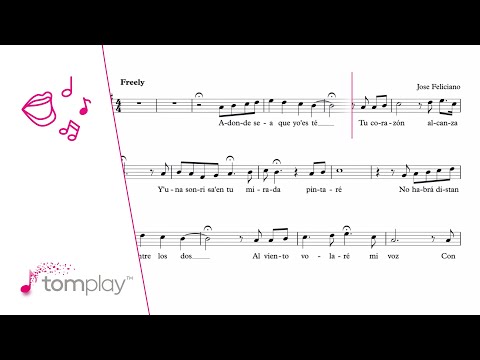 7. Sing along to O Christmas Tree with Tomplay

Originally the song O Christmas Tree had nothing to do with Christmas! It is based on a German folk song O Tannenbaum, the word for a fir tree. The original lyrics of the piece focused on the evergreen tree being a symbol of faithfulness and hope, to help get through the cold German winters. The modern-day lyrics were written in 1824 by Ernst Anschütz. As people began to appropriate the tradition of a Christmas tree, the song became more and more popular. At some point during the 20th century, the lyrics were modified again to make it a Christmas song.

On the Tomplay app and website, you can sing along to O Christmas Tree thanks to the lyrics and orchestral accompaniment. Choose the best option for you from the 12 available keys. 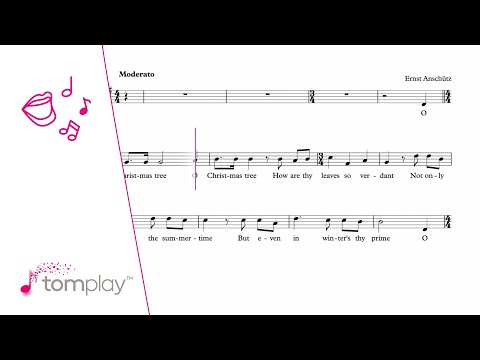