8 Great Accordion Sheet Music Titles for Accordionists of All Levels

Share
Written By
Clara Avrillier
About the author
Clara Avrillier was introduced to music from a young age, firstly singing in choirs, then playing percussion in several orchestras before going on to study piano and classical music in Scotland. Following a master’s degree in linguistics, she now brings together her musical and language skills to accompany you on your journey with Tomplay.
Date published
25/03/2022
Show/hide details

8 Great Accordion Sheet Music Titles for Accordionists of All Levels

It’s thanks to French singer, songwriter and musician Yann Tiersen that Amélie Poulain, a young waitress in Montmartre in the film Amélie (2001), was brought to life through his incredible soundtrack. Tiersen won a myriad of awards for his work and this helped him to develop a stellar reputation.

La Valse d’Amélie is the third piece on the soundtrack and can be described as a ‘valse-musette’ - this is a form of a waltz that was intended to be quicker, easier and possible to perform in a smaller location than a traditional waltz. This wonderful, joyful piece of music is filled with Parisian charm and conjures up images of the young Amélie walking around Paris.

Tiersen plays many instruments, including the accordion, therefore this is an excellent piece for Tomplay accordionists. Furthermore, the original instrumentation for this work is the accordion. It includes all the traditional elements of a waltz, including a triple metre and an emphasis on the first beat of each bar.

▶️ Play Bella Ciao on the accordion with the orchestral accompaniment

Bella Ciao is a famous Italian partisan song with a confusing history. Some historians say it dates back to the 19th century in northern Italy, while others say it first appeared during the Second World War in anti-fascist communities, as a symbol of resistance and freedom. In any case, it has become the anthem of resistance for militants and protesters all over the world.

It has been covered by many artists, both Italian and international singers, and more recently it was used in the wonderful series La Casa de Papel, or Money Heist in English. 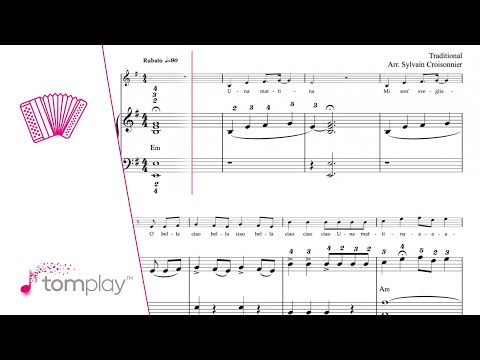 3. Hungarian Dance No. 5 in F sharp minor by Johannes Brahms

Brahms composed Hungarian Dance No. 5 in 1869 and it is the most famous of his twenty-one Hungarian Dances for piano four-hands. He later rearranged these dances for a variety of instruments and ensembles, including for orchestra and solo piano.

These Hungarian Dances would perhaps never have seen the light of day without the Hungarian violinist Ede Reményi. Brahms met him when he was 15 and accompanied him on the piano during his concert tours, and the violinist used to play gypsy dances. Brahms loved this style of music and was therefore inspired to write his own work, the Hungarian Dances. 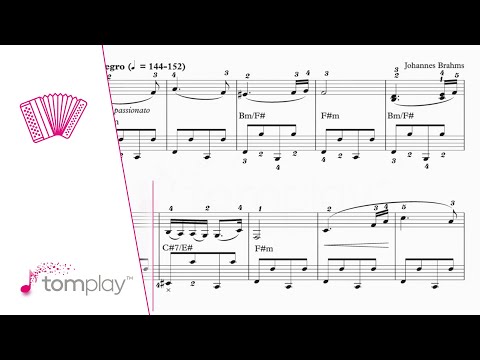 ▶️ Play Piano Man by Billy Joel on the accordion

After an early career in various bands, Billy Joel rose to success as a solo artist when he released his first single, Piano Man. The song was such a hit that even to this day, he is still nicknamed the piano man. The beauty of this piece is that Joel was inspired to write it by his days as a pianist in a bar, where he would observe the locals. It’s such a simple and banal backstory, but he managed to transform it into one of the most famous and wonderful songs.

For Tomplay accordionists, play Piano Man on solo accordion or accompanied by the backing track. You can also change the tempo to suit your level, which is ideal for practising the leaps between the walking bassline of the first beat and the other notes in the bar. 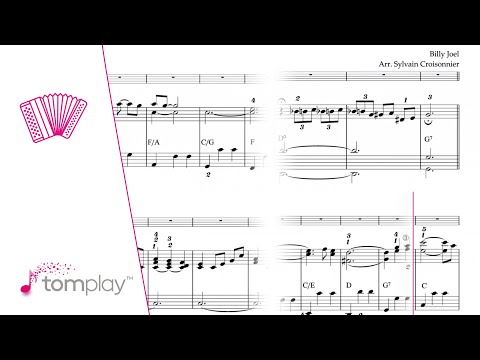 ▶️ Play Oblivion by Astor Piazzolla on the accordion, accompanied by the orchestra

Astor Piazzolla was a 20th-century Argentinian composer who revolutionised the traditional tango. From a young age, he played and composed music and continued to do so up until his death, at the age of 71. His significant influence on the style included the development of the nuevo tango (‘new tango’), a departure from the traditional tango with the addition of jazz and classical influences.

Piazzola played the bandoneon, a popular instrument in South America that is similar to the accordion, but which greatly differs in sound. Oblivion was written in 1982 and is part of the soundtrack for the Mario Bellocchio film, Enricho IV. The phrasing in this melancholic piece is very interesting and unusual: the piece has a 4/4 time signature, however, the accents are on different beats so it creates a much more syncopated rhythm.

Whether you’re an intermediate or advanced player, Tomplay has you covered. Our arrangements of Oblivion are available in several levels of difficulty for solo accordion and with the orchestral accompaniment. We even offer this piece as a duet with another accordion! 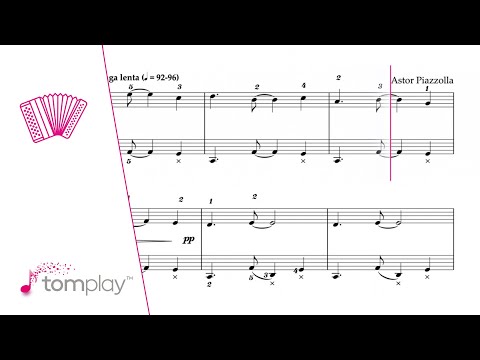 Nathan Evans is a Scottish singer who first found fame on TikTok in 2020 by singing traditional sea shanties. Buoyed up by this success, in 2021 he released a cover of “Wellerman”, a 19th-century sea shanty from New Zealand. Interestingly, he released two versions: his original and a dance remix with 220 Kid and Billen Ted.

Although described by Evans and many others as a sea shanty, it is more accurate to name it a sea ballad. In any case, the defining characteristic of sea songs is that they were used to accompany maritime men as they worked. 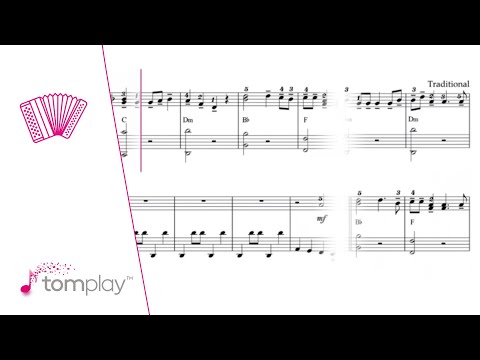 7. Pirates of the Caribbean

▶️ Play Pirates of the Caribbean on the accordion

When we think of film music, Hans Zimmer is one of the first names which comes to mind. This German composer has written over a hundred and fifty scores over his incredible thirty-year career - he is a master in this field.

Zimmer and his team composed the music for the first film of the Pirates of the Caribbean saga alongside Klaus Badelt. When Zimmer was originally asked to join the musical team, he wasn’t convinced by the idea of a ‘pirate movie’, but was quickly seduced when he saw scenes from the film. Unfortunately, the composers had a very short timeframe to write the music, so they requested help from seven other composers. 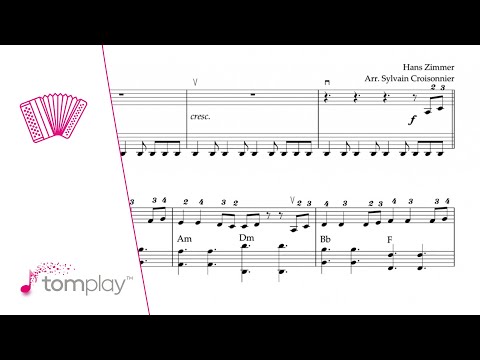 ▶️ Play The Godfather on the accordion with the orchestral accompaniment

The Godfather (1972) is a cinematic masterpiece directed by Francis Ford Coppola. For those of you who may not know the details, the story is about the adventures of a big Italian mafia family and the main characters are played by Marlon Brando and Al Pacino. The film won many awards, including three Oscars.

The love theme from The Godfather was written by Nino Rota, a wonderful film score composer. The melody of the piece is as iconic as the film itself and is a perfect example of how important film music is. The melody instantly conjures up images of the film, and that is no easy feat! 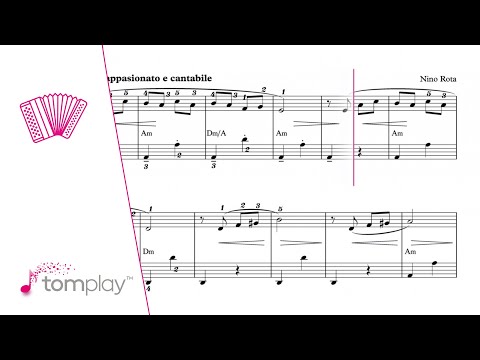 6 Great Sheet Music Apps that All Musicians Should Try Out

How to Play the Flute: Tomplay’s Top 10 Tips for Absolute Beginners