Share
Written By
Gwenn Daniel
About the author
Passionate about music from her childhood, Gwenn Daniel studied the piano at the conservatoire while also maintaining a steady stream of musical activities beyond this. This young piano teacher's constant lively curiosity encourages us to discover music from all eras and in all styles. She is now putting her literary and musical talents to the service of Tomplay and enjoys helping you discover the history of the great classics and guiding you through the vast choice of scores offered by Tomplay.
Date published
04/02/2021
Show/hide details

Do you play the violin and are you a beginner? In this article, we're offering you 5 exercises to practise the scales of G major, A major, D major, C major and E major. Thanks to the Tomplay interactive sheet music, you will have the opportunity to practise these scales accompanied by an audio recording of the second violin synchronised with the sheet music.

The first scales you learn are the scales of G major, D major and A major because they encourage the development of a musical ear, as well as the technique of the left hand.

As it's easy to play, it's without doubt the most-used scale, whether in classical music or in more current compositions.

The G major scale is sometimes called "the people's scale" and was considered the key of benediction during the baroque period.

Click on the video below to practise the G major scale accompanied by the second violin.

Let's continue with the D major scale. It has two sharps in the key (F and C).

For example, the famous Canon by Pachelbel was composed in the key of D major (originally written for three violins with basso continuo).

Click on the video below to practise the D major scale accompanied by the second violin. 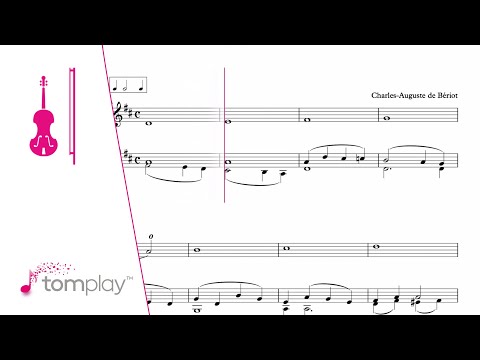 3. The A major scale

The A major scale (more precisely, its second octave) is played in first position and is therefore widely used by violin teachers and it can also be found in learning methods. It is the starting point for learning to play the instrument.

The A major scale gently and intuitively works on the finger positioning of the left hand.

Click on the video below to practise the A major scale accompanied by the second violin. 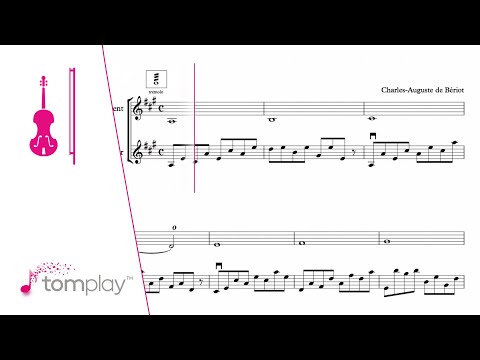 Violin teachers and learning methods use the first octave of the C major scale to illustrate the specific position of the fingers on the neck of the instrument after the A major scale.

All the notes in this scale are natural, in other words no note is altered: there are neither sharps nor flats. You go straight from C to C.

Click on the video below to practise the C major scale accompanied by the second violin. 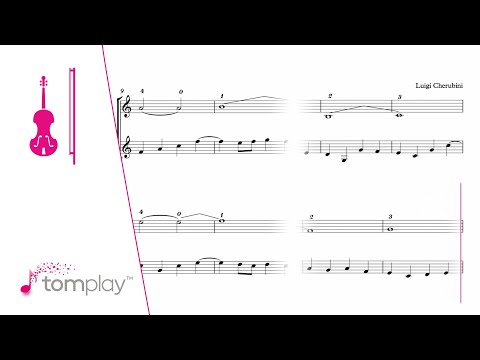 Among the most famous works composed in the key of E major are Spring from Vivaldi's Four Seasons, the famous Bach Violin Concerto BWV1042 and the first movement of Debussy's Arabesques.

Click on the video below to practise the E major scale accompanied by the second violin. 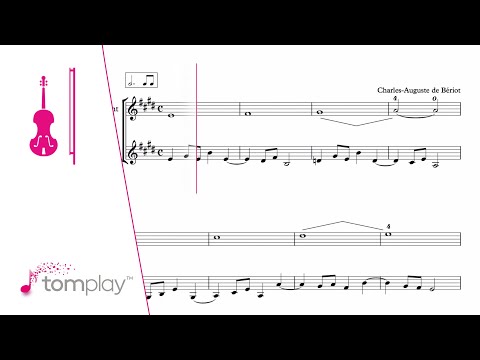 We hope this article will have given you a helping hand with practising scales on the violin. You can find all the scales for two violins in the Tomplay Shop and download the scales Collections classified by level.