Share
Written By
Clara Avrillier
About the author
Clara Avrillier was introduced to music from a young age, firstly singing in choirs, then playing percussion in several orchestras before going on to study piano and classical music in Scotland. Following a master’s degree in linguistics, she now brings together her musical and language skills to accompany you on your journey with Tomplay.
Date published
03/06/2021
Show/hide details

Discover our selection of the most beautiful cello pieces for absolute beginners. Each score contains a high-quality play-along accompaniment from the rest of the group or orchestra. We have arranged the scores for beginner level and have included the link to the score with each piece.

▶️ Play the beginner sheet music for Swan Lake on the cello

Swan Lake is a magnificent ballet based on the music by Tchaikovsky which premiered at the Bolshoi Imperial Theatre in Moscow in 1877.

Inspired by a German legend, Swan Lake tells the dramatic story of a prince who falls in love with a young girl, who is under a spell that has transformed her into a swan. In order to break the spell, the prince declares his love to her without knowing whether he is talking to an evil twin or his beloved. He is then swept away by the water and the young swan-girl dies of a broken heart...

This is an easy cello song for a beginner: with only three basic notes, you can really focus on the score annotation, such as the dynamics and articulation.

Use the Tomplay functions to help you learn the sheet music Swan Lake by Tchaikovsky: adjust the tempo of the metronome so that you can learn to play your cello part with the orchestral accompaniment.

The second piece for beginner cellists is the theme song from Game of Thrones, the American series adapted from the novels by George R.R. Martin (A Song of Ice and Fire).

This fantasy-medieval saga is famous for its realism and for the inspiration it takes from real historic events, locations and characters. It has been hugely successful all over the world.

This original and iconic theme is an ideal piece for beginners. Discover the easy cello sheet music from Game of Thrones on Tomplay.com and enjoy playing along with the orchestral accompaniment. 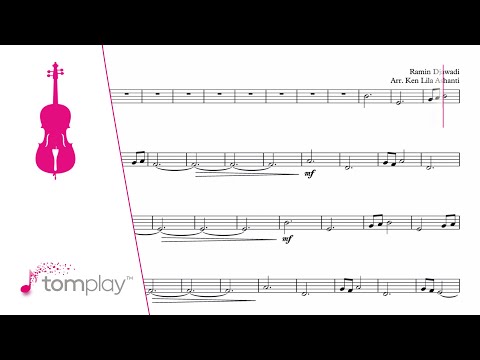 ▶️ Play the beginner level sheet music for Adagio on the cello

The beautiful Adagio in G Minor by Albinoni needs no introduction, with its delicate and expressive melody. However, the composer isn’t actually responsible for writing the piece. It was written by Remo Giazotto, a musicologist from the 20th century specializing in the works of Albinoni, who found a fragment of the composer’s music in Dresden, and was inspired to compose the Adagio. However, this doesn’t detract from the beauty of the work!

The Adagio in G Minor is ideal if you’re looking for an easy cello piece that will push you a little. It’s available in the Tomplay Shop as a very easy level for cello. So give it a try and play accompanied by a high-quality recording of the orchestra! 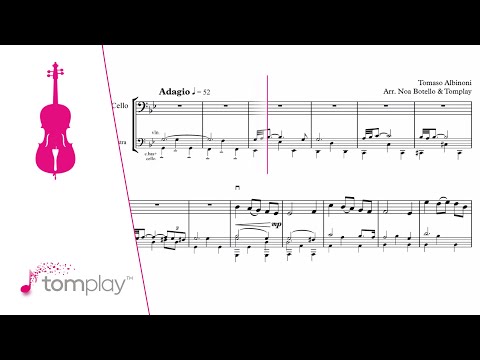 4. Variations on the Canon - Johann Pachelbel

Pachelbel’s Canon is one of the most popular works in the History of Music - even now, it’s listened to around the world 340 years after it was written.

A major composer of the Baroque period and a close friend of Bach, Pachelbel composed the Canon when he was only 24 years old. The success of the piece is, without a doubt, its simplicity: the work is a series of variations in canon, with the same underlying structure.

Discover our arrangements of Variations on the Canon by Pachelbel for beginner cello players, and enjoy playing solo or with the recording of the rest of the ensemble! 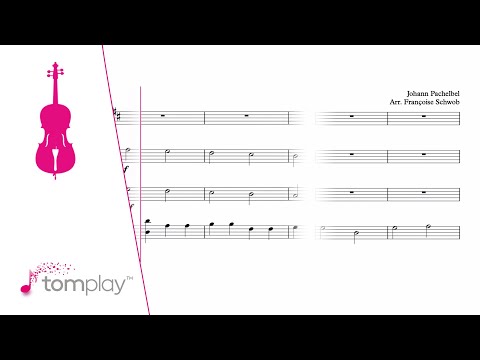 5. What a Wonderful World - Louis Armstrong

There is perhaps no song more heartwarming and gentle than What a Wonderful World. Written in 1967 by jazz producer Bob Thiele and songwriter George David Weiss, the song was initially offered to Tony Bennett who turned it down. Luckily, the jazz baritone legend Louis Armstrong recorded the song that same year.

The song did not perform very well in the United States at first, due to the head of Armstrong’s label not liking the song very much. However, it was successful in the United Kingdom, reaching number one in the UK Singles Chart. The song was re-released nearly twenty years later thanks to it being featured in the critically-acclaimed film, Good Morning, Vietnam; only then did the song become very successful in the U.S.

The simple yet powerful message behind the song is gracefully expressed by Armstrong, who was known for bringing together people of different races. His contribution to music and bridging racial divides has lasted generations, with What a Wonderful World being a great showcase of his efforts. 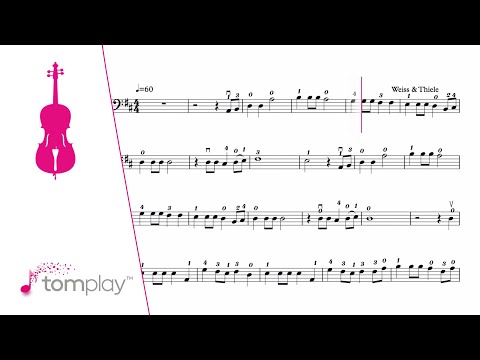 Scarborough Fair is a traditional English ballad that was likely inspired by medieval Scottish ballads. It is particularly well known today thanks to the arrangement by Simon and Garfunkel.

In the song, a young man explains that if his former girlfriend is successful in accomplishing a series of impossible tasks, he will take her back.

Discover the Tomplay scores for Scarborough Fair, arranged for beginners with different types of features to help you learn the cello: annotate your score, play along with the high-quality accompaniment and change the tempo to suit you! 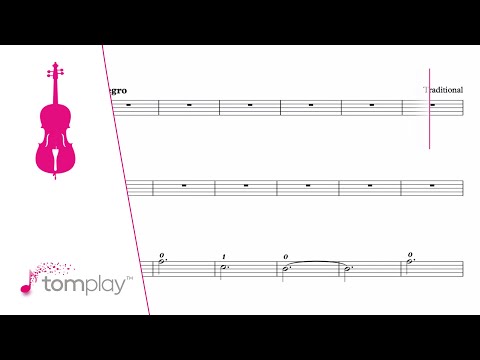