Share
Written By
Gwenn Daniel
About the author
Passionate about music from her childhood, Gwenn Daniel studied the piano at the conservatoire while also maintaining a steady stream of musical activities beyond this. This young piano teacher's constant lively curiosity encourages us to discover music from all eras and in all styles. She is now putting her literary and musical talents to the service of Tomplay and enjoys helping you discover the history of the great classics and guiding you through the vast choice of scores offered by Tomplay.
Date published
13/07/2021
Show/hide details

Explore our selection of the most beautiful pieces to play on alto saxophone. Each score contains a high-quality "play-along" accompaniment of the rest of the group or orchestra. We have arranged the scores for the beginner level and have included the link to the score with each piece.

▶️️ Play the beginner's score of "Summertime" on alto, tenor, or soprano saxophone

Originally written for the Opera Porgy and Bess, the lyrics of “Summertime” are by DuBose Heyward and Ira Gershwin (elder brother of George Gershwin). This lullaby evokes, among other things, the gentleness of life during the Summer ("Summertime, and the livin' is easy").

This piece, which has now become a Jazz standard, is one of the most covered titles since studio recordings began. Around 33,000 cover versions have been identified.

The song is simple to play: using only six basic notes, it leaves a lot of room for improvisation and has a strong potential for arrangement, which many great Jazzmen who have recorded the song (including Miles Davis and Charlie Parker) have exploited. Janis Joplin also performed it at the Woodstock Festival in 1969.

Use the Tomplay functions to help you learn the score of "Summertime" by Gershwin in the best possible way: adjust the tempo of the metronome to allow you to fit your saxophone part over the professional Jazz orchestra accompaniment.

What internationally-known piece of music is closely linked with a series which now has a cult following? It's "Bella Ciao", the famous Italian partisan song born in the 20th century in anti-fascist communities during the Second World War, which over time has become the resistance hymn of militants and protesters all over the world.

The story goes that, in Italy during the 1930s, a grandmother taught her granddaughter this song. She often sang it with the other "mondina" in the rice fields where the work was difficult and long. Later on, the young girl became a member of the resistance during the Second World War and, in 1944, the lyrics of the song became those that we know today: revolutionary words, symbolic of the struggle against oppression.

Still covered today by modern artists following the success of the series La Casa de Papel, you can still hear this melody being hummed among the younger generations. Explore our score of "Bella Ciao" for beginner-level alto saxophone with an orchestral accompaniment. 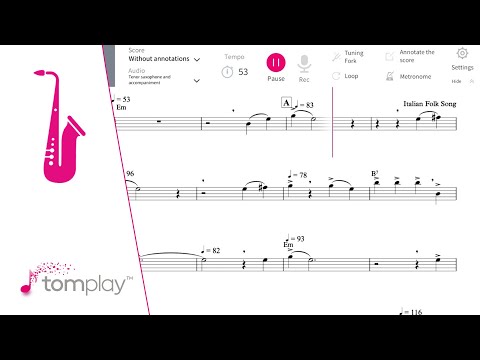 ▶️ Play the beginner's score of "Superstition" on alto, tenor, or soprano saxophone

The lyrics of "Superstition", Stevie Wonder's Funk hit co-written with Jeff Beck and released in 1972 on the album Talking Book, describe some popular superstitions and their damaging effects.

Stevie Wonder did not base the writing of "Superstition" on his lyrics. To accompany the drums track which came to him on that day, he added two Hohner clavinet tracks, then some bass, horns, and voices. The lyrics only came after.

Use the many Tomplay functions to help get Stevie Wonder's "Superstition" into shape: annotate your score and work on delicate passages in a loop. 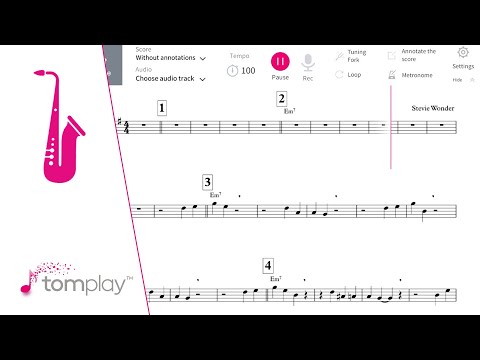 ▶️ Play the beginner's score of "Hit the Road Jack" on alto, tenor, or soprano saxophone

The originator of soul music, Ray Charles made a profound mark on American music, taking his inspiration from Jazz, Country, and Rhythm and Blues.

Play the score of “Hit the Road Jack” on the saxophone with Tomplay: by clicking on Play, the score scrolls automatically on your screen so that you never have to turn the pages. 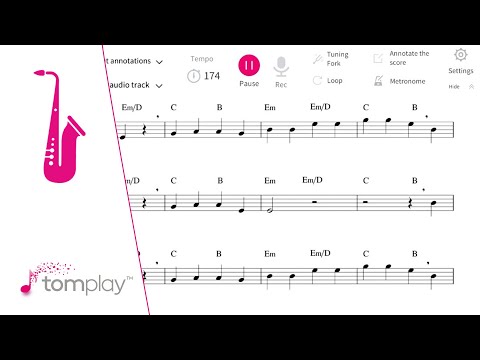 ▶️ Play the beginner's score of "Jealous" on alto, tenor, or soprano saxophone

"Jealous" is a song by the English musician Labrinth released in 2014, originally performed with piano and voice. Described by MTV as being a "heart-wrenching ballad", the song is directed at the artist's father, who left the family when the latter was only four years old.

Labrinth and his eight brothers and sisters were brought up in London by their mother. "I grew up without a father figure and at first this didn't upset me, but my father then went on to have other families and that made me jealous. [...] Many people have been through this experience and that's the reason I wrote this song so that everyone can link it to their own history."

Explore our scores of "Jealous" on several levels for the saxophone and take advantage of the high-quality professional piano accompaniment. 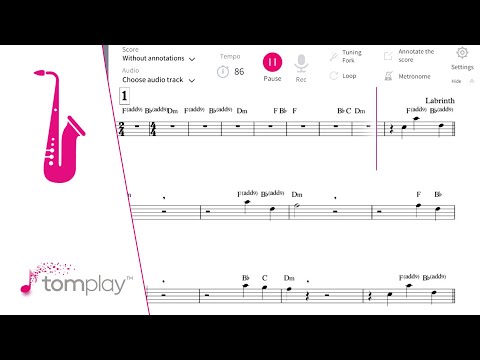 You undoubtedly know "I Can See Clearly Now" by Jimmy Cliff, a song with reggae influences covered for the film score of the film Rasta Rocket.

Originally written by Johnny Nash and released in 1972, it has also been covered by many other artists. It doesn't talk about suicide, as has often been assumed: it's a very optimistic song that talks about finding happiness again.

Explore the Tomplay scores of "I Can See Clearly Now" for beginner saxophone and play accompanied by the high-quality orchestral recording. Take advantage too of the many Tomplay functions to get the piece into shape in the best way. 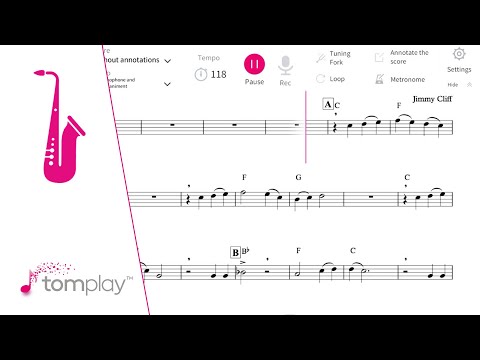 ▶️ Play the beginner's score of "Happy" on alto or tenor saxophone

The key to the song's catchiness lies in its repetition: the word “happy” is repeated 56 times, and the chorus takes up over 62% of the song (about 20% more chorus time than the average pop song).

Making a unique song without being unfashionable appeared an impossible task. However, this is the gamble Pharell Williams took in composing "Happy", which could easily have got lost in the flood of other successful songs such as "Blurred Lines" or "Get Lucky" which also mix R&B, Funk, and Soul.

Explore the Tomplay scores of "Happy" for beginner-level saxophone, annotate your score, play accompanied by the high-quality recording, and change the tempo to suit you. 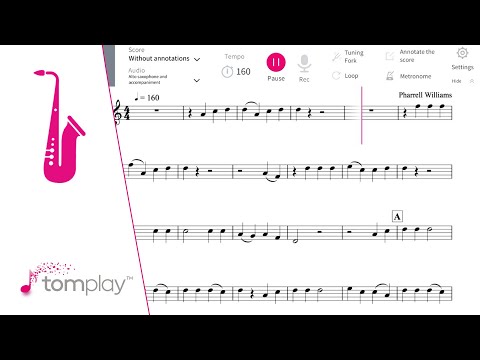 Written by Gerald Marks and Seymour Simons, “All of Me” is one of Jazz’s greatest hits, performed by many stars such as Bing Crosby, Billie Holiday, Louis Armstrong, and Frank Sinatra.

The song was first performed by the American singer and actress Belle Baker, whose husband had just passed away. It is said that the singer broke down in tears in the middle of her performance. Her emotional rendition was picked up by the press, which helped make the song a hit.

"All of Me" is an ideal piece for those who are beginners in the Jazz register: it is available for beginner-level saxophone in the Tomplay Shop. Play accompanied by a high-quality recording of a professional Jazz Band! 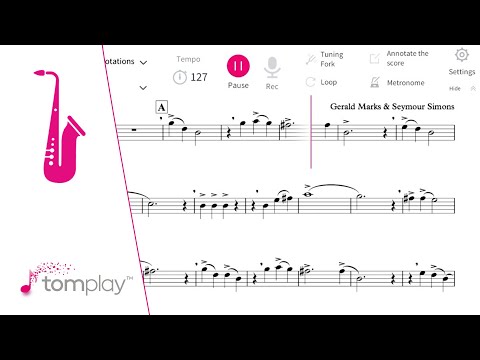